Vivo is coming up with the latest smartphone which is an upgrade of Vivo Y21 i.e., Vivo Y21s which is expected to launch in November 2021 in India. The smartphone is likely to have 4 GB RAM with 64 GB of internal storage which can be expanded up to 1 TB. The Vivo Y21s price is expected to be in the range of Rs. 14,990. Midnight Blue and Pearl White are two of the colours in which the smartphone could be available.

The Vivo Y21s mobile probably has a screen size of 6.51 inches with an aspect ratio of 20:9. The screen resolution could be 720 x 1600 pixels with a pixel density of 270 PPI. The screen-to-body ratio can come up with 81.84% with the dimensions likely to be 164 mm, 76 mm, and 8 mm respectively. The phone may weigh 182 grams. It could have a bezel-less display with a waterdrop notch and capacitive multi-touch screen.

Vivo Y21s mobile could be equipped with a dual rear camera setup that could sport a 13 MP f/2.2 Primary Camera and 2 MP f/2.4, Depth Camera paired with rear LED flash. Speaking of the front camera, the device is likely to be equipped with a single front camera that includes an 8 MP f/2 Primary Camera for selfies and video chats. Features on the camera might include Digital Zoom, Auto Flash, Touch to focus, and Face detection. The phone’s camera could incorporate shooting modes such as Continuous Shooting and High Dynamic Range mode. The image resolution could be 4128 x 3096 Pixels.

The Vivo Y21s could assist with the MediaTek Helio G80 processor with Mali-G52 MC2 graphics. The device could come assembled with 4 GB RAM along with in-built storage of 64 GB that could be further expanded up to 1 TB. Also, the device is likely to be equipped with Octa-core (2 GHz, Dual-core, Cortex A75 + 1.8 GHz, Hexa Core, Cortex A55). The smartphone could pack a Li-Polymer 5000 mAh non-replaceable battery with an 18W fast-charging system. The device may run on Funtouch OS built over the Android 11 operating system. The connectivity options may include Dual Sim, 4G, 3G, 2G, A-GPS, Glonass, Wi-Fi 802.11, Mobile Hotspot, and Bluetooth v5.0. The device could have a USB Type C port tipped with an audio jack of 3.5mm. 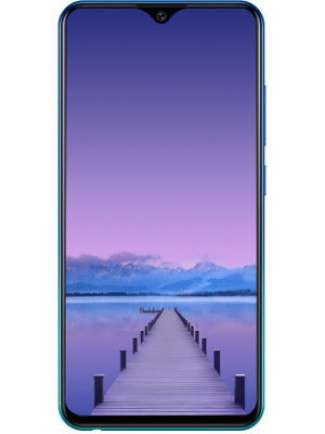 The Vivo Y21s does not feature 5G connectivity.

The Vivo Y21s is not rated as waterproof by the manufacturer.

No, the Vivo Y21s cannot be charged wirelessly.