The Motorola Razr 2 could flaunt a screen size of 6.7 inches P-OLED display type with a resolution of 876 x 2142 pixels. The smartphone could boast a screen density of 345 pixels along with a bezel-less display. This capacitive multi-touch screen could come up with 16M colours.

Motorola Razr 2 mobile is likely to feature a single rear camera setup that includes a 48MP primary camera beside LED flash and ISO-Cell. On the other hand, the smartphone is expected to have a single 20MP front camera. Some of the features in this phone are likely to be Digital Zoom, Auto Flash, HDR, Face detection, and Touch to focus. The image resolution could probably be 8000 x 6000 pixels.

The Motorola Razr 2 will probably come with a Qualcomm Snapdragon 765 processor. The specifications of this smartphone are likely to be 8GB RAM with 256 GB of internal storage, 2633 mAh non-replaceable battery backed up by Li-ion, and come with a fast charge. The smartphone is likely to be based on Android version 10. The connectivity options of this phone could include Mobile Hotspot, A-GPS, Bluetooth v5.0, Wi-Fi 802.11, 5G, 4G, 3G and 2G. Light sensor, Proximity sensor, Compass, Accelerometer, and Gyroscope could be available in this phone. The smartphone is likely to have a Type-C USB port with an audio jack of 3.5 mm. The fingerprint sensor is present in the front of the smartphone. 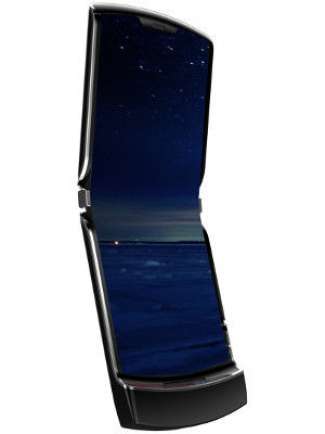 The Motorola Razr 2 is not rated as waterproof by the manufacturer.

No, the Motorola Razr 2 cannot be charged wirelessly.