LG unveiled the LG Q83, a new member of the Q-series smartphone lineup, which features a 6.5-inch HD+ display with a waterdrop notch and triple 48MP rear cameras. The smartphone is powered by an octa-core Helio P35 processing chip and runs the Android 10 operating system. It uses a 4,500mAh Li-Ion battery for power and allows quick charging. Learn more about the phone and its hidden features by reading on.

An IPS LCD display in colour measures 6.5 inches on the LG Q83 smartphone. The display has a pixel density of 270ppi and an HD+ resolution of 720x1600px. With a screen-to-body ratio of more than 81 per cent, the display sports a waterdrop notch. Additionally, the display has a large notch at the bottom and smaller bezels all around. With the provided information, the panel should produce respectable visuals with clear images.

The 48MP triple camera arrangement on the LG Q83 smartphone has a dedicated LED flash. An 8MP ultra-wide camera and a 5MP depth sensor with autofocus are placed behind the 48MP wide camera. It has a 16MP camera inside the notch to help with selfies and video calls. FHD 1080p videos at 30fps are captured using the primary back camera. You can take a variety of images, such as wide-angle and portrait shots, using numerous cameras.

64GB of internal storage are included with the LG Q83 smartphone. Games and programmes can be installed using this storage option. Up to 2TB of capacity for music, videos, movies, photographs, documents, and other files is provided by the smartphone's additional card slot.

The 4,500mAh Li-Ion battery inside the LG Q83 mobile allows fast charging. According to the size of the battery, a full day of power backup is anticipated. Compared to the screen it has, the battery appears to be rather smaller.

The LG Q83 offers 3G, 4G, and VoLTE connectivity options, which enable HD phone calls and video calls on Jio networks that support them. Including WiFi, Bluetooth 5, which improves connectivity and signal quality, and a USB Type-C port. It offers GPS and A-GPS compatibility for online navigation. 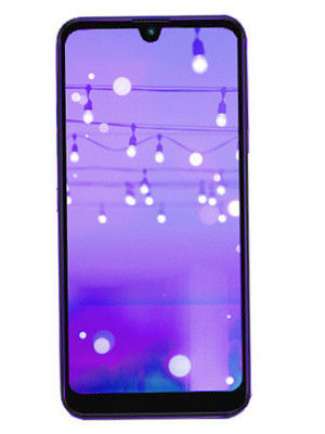 The LG Q83 does not feature 5G connectivity.

No, the LG Q83 does not pack Quick Charging support.

The LG Q83 is not rated as waterproof by the manufacturer.

No, the LG Q83 cannot be charged wirelessly.