Xiaomi partners with Leica, their first jointly developed smartphone to launch in July 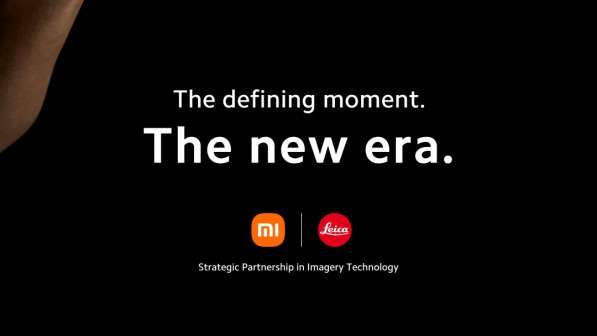 As it turns out, the rumours were correct. Xiaomi has just announced that it has entered into a strategic relationship with Leica, so the first photographic flagship smartphone produced jointly by the two firms will be released in July. We think it's safe to infer that the rumour mill was correct regarding the Xiaomi-Leica relationship. The smartphone in issue is the Xiaomi 12 Ultra, and we'll see.

As you may know, this isn't Leica's debut rodeo in the smartphone realm. The camera firm's most well-known and perhaps most successful cooperation was with Huawei. However, given that the latter is still subject to numerous US government sanctions, it's understandable that Leica would wish to go out.

"Xiaomi and Leica share the same beliefs on the mobile image," according to their joint press statement, and they're both anxious to push smartphone photography to the next level. "Xiaomi focuses on producing the greatest customer experience and always aims to push the boundaries of smartphone photography," Xiaomi CEO Lei Jun said. Xiaomi and Leica "share common goals and ideals," Their collaboration includes optical design and "adjusting aesthetic orientations."

Only time (and the debut of the Xiaomi 12 Ultra) will reveal where this one falls on the depth scale - where one end is simply the mobile telephone makers that use the camera name and brand and several filters in the camera app, while the other end is co-developed hardware or software. Let's see if Leica does the same thing with Xiaomi as it did with Huawei. July can't get here fast enough.