After months of speculation and official announcements, Nothing has finally unveiled its much-anticipated Nothing phone (1) at a recent online event in India. The smartphone features a new design and mid-range specifications, as is already widely known. The company's second product, following the ear (1), which was introduced last year, is the phone (1). For more information about the new Nothing phone, keep reading.

Nothing phone (1) Design and Display

Similar to the ear (1), the Nothing phone (1) adopts a semi-transparent design that reveals part of the phone's internal components. This, as previously said, is based on Massimo Vignelli and Bob Noorda's 1972 New York Subway Map. This is a fairly novel approach to the existing, boring smartphone design.

The device's vertically positioned dual rear cameras and flat edges are reminiscent of the iPhone. The frame is made of recyclable aluminium, and the material is biodegradable. The entire packaging is painted in black and white. 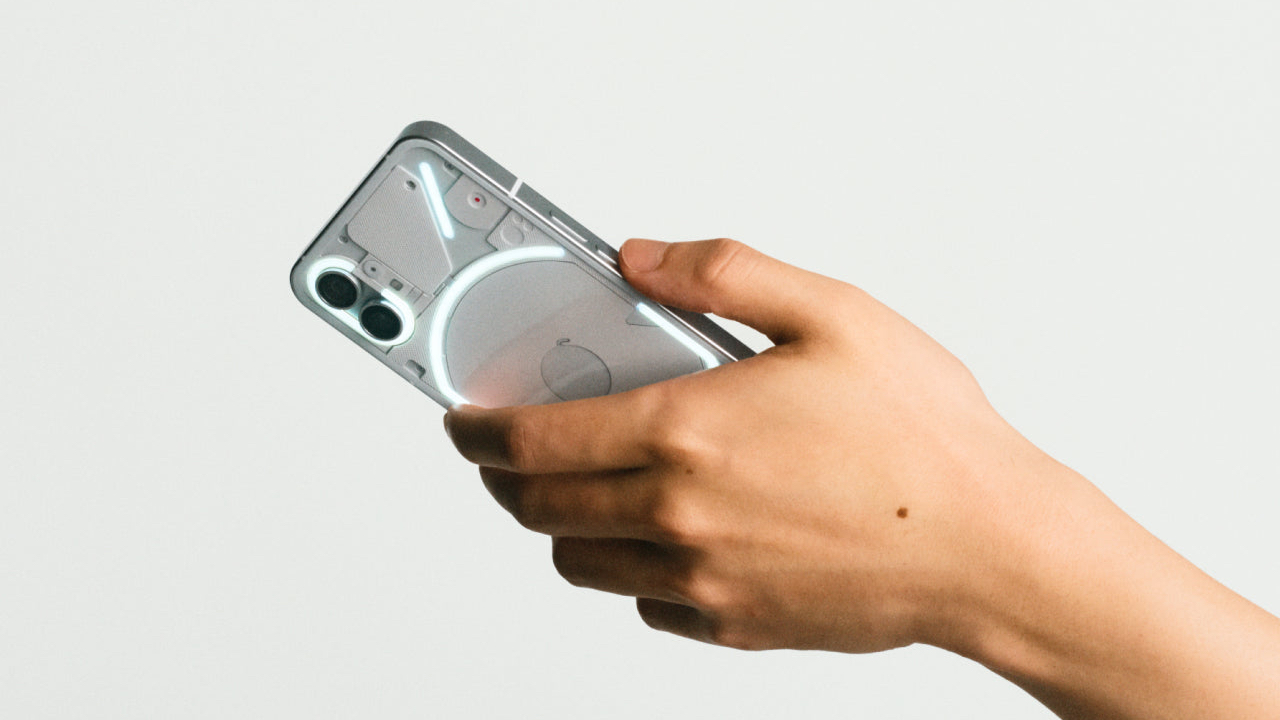 The phone (1) features a 6.55-inch punch-hole screen. It is an AMOLED display with support for HDR10+, 1 billion colours, a 120Hz refresh rate, and a maximum brightness of 1200 nits. A layer of Corning Gorilla Glass 5 is present on the front and the rear of the device.

Nothing phone (1) Chipset, Battery, and More

This is another detail that was made public much earlier than the launch. The Snapdragon 778G+ chipset in the Nothing phone (1) allows it to compete with the Realme GT Master Edition, the iQOO Neo 6, and many other devices.

The computer has 256GB of storage and up to 12GB of RAM. A 4,500mAh battery that supports 33W rapid charging serves as its power source. In addition, it supports wireless charging and reverses charging, which is a bonus feature for a mid-range phone.

Nothing has chosen to simplify things and provide us just two back cameras because it does not subscribe to the "more is better" philosophy.

Along with a 50MP ultra-wide lens with a field of view of 114 degrees, the smartphone sports a 50MP main camera with a Sony IMX766 sensor, OIS, and EIS support. The 16MP front camera is available. The gadget has camera features like slow-motion films, 4K videos, slow-motion photos, portrait mode, beauty mode, HDR, and more.

Based on Android 12, Nothing OS is used by the phone (1). Nothing is supposed to have clean skin and pre-installed apps that are 40% less. Additionally, it features custom noises, colours, graphics, and fonts. With the latest Nothing Launcher debut, a glimpse of this was also offered.

Additionally, Nothing OS offers Quick Settings that make it simple to operate the Nothing ear (1) as well as third-party goods, starting with Tesla. Software updates for three years are not guaranteed.

The Glyph Interface is something else intriguing. A mouse-like shape is generated by about 900 LED lights on the back panel. Of course, this arrangement will light, but that's not all it has to offer. The Glyph Interface enters into action and will partially or illuminate the calls, messages, and other app notifications. When the phone charges wirelessly, it can illuminate around the wireless charging coil, or when it charges by wire, it can shine around the small dash at the bottom. Portable ring light for photographs and films is also supported. Numerous additional options can be fulfilled by adjusting the Glyph Interface's settings.

Users of HDFC Bank cards are eligible for a Rs. 2,000 discount and the option of a free EMI. There is also a trade offer. Beginning on July 21, phone (1) will be available. It will be offered through Flipkart in India.