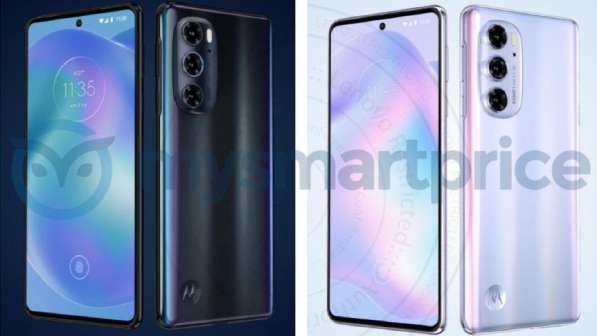 The Moto Edge 30 Pro might have been the very first smartphone in the world to feature the coveted Snapdragon 8 Gen 1 chipset, but it still feels a long way since its entry into the Indian market, at least for the time being.

According to multiple ongoing rumours, it might just be called Edge 30 Pro in global markets. Today, the phone’s renders were leaked and some deep inspections of the device uncovered that the fingerprint scanner has moved under the display, now coming across as an under-display fingerprint scanner. Secondly, the logo on the back seems to have moved to the lower back portion of the phone. Quite interesting design choice, isn’t it?

However, we were anticipating that the global version of the Edge X30 Pro might feature an in-display selfie camera, but the renders clearly portray a punch-hole selfie camera. This means that the shooter under the screen might remain exclusive to the Moto X30 Special Edition for China.

The overall specifications of the phone are expected to be the same as the China model, save for the interesting logo placement at the bottom for the global version. Therefore, expect the international edition to be powered by the snappy and quick Snapdragon 8 Gen 1 processor. It will feature a super-sharp 6.7-inch AMOLED panel with a refresh rate of 144Hz, which, at the top, will house a 60MP selfie shooter. At the rear will be two 50MP lenses, one for the primary duties and the other for capturing vivid ultra-wide shots.

Besides that, the phone will feature a large 5,000mAh battery with support for 68W fast wired charging. This is a nice increase from the manufacturer’s 30W charging speeds from the Edge 20 series.