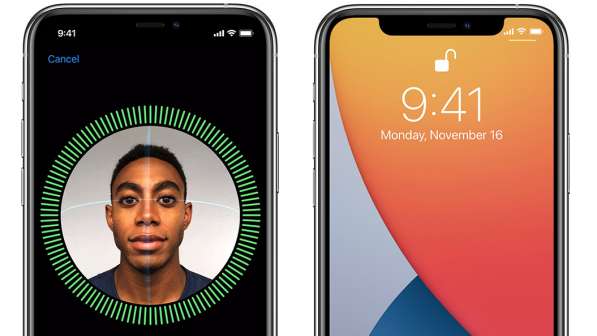 Apple introduced the iPhone X at its fall 2017 event, a phone that brought with it many firsts for the smartphone maker. One of the most noticeable features with the iPhone X was Face ID – which replaced Touch ID – that uses a couple of sensors hidden inside the notch including the selfie camera, which Apple terms as the TrueDepth camera, to capture accurate face data to unlock the phone.

There’s just one caveat with Face ID though, it does not work well with face masks. Apple’s ground-breaking technology inside its new iPhones wasn’t perceived well by the audience as COVID-19 began to spread and the whole of humanity was now supposed to cover the most part of their face with masks. It has been the same way since early-2020.

However, with the new iOS 15.4 Developer Beta 1, which Apple released very recently, the manufacturer has allowed Face ID to let the users inside their iPhone while wearing a face mask. Though it was initially limited to users with Apple Watch, non-Apple Watch owners can now also enjoy this by enabling it in the settings menu on their updated iPhone.

Face ID can now be used for biometric authentication as well as Apple Pay, App Store downloads, and third-party apps. The Face ID-enabled iPhones will now recognize the unique features around the eyes – the only part visible while wearing a face mask – to authenticate and unlock the iPhone for full access.

On top of that, Apple has also improved recognition for users who wear glasses. While at its 2017 fall event Apple did announce that Face ID will work with Polarised sunglasses, it didn’t work with the non-polarized ones. You can now set up the Face ID to recognize each pair of glasses you wear on a regular basis.

While both of these features were a must-needed feature for the iPhones of late, they won’t work simultaneously with one another. Therefore, it’s either with a mask or glasses. While Apple has only introduced the first iOS 15.4 Developer build just yet, it’s supposed to release the final software to the public sometime in March. Therefore, it might be a little wait for the iPhone users, but it definitely looks like one you should wait for.