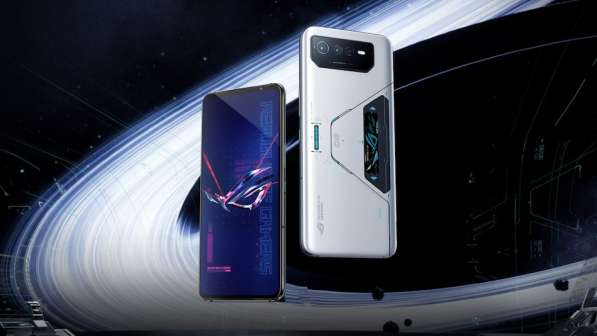 Both the Asus ROG Phone 6 and the Asus ROG Phone 6 Pro have a lot of specifications in common. The dual-SIM (Nano) smartphones run ROG UI based on Android 12. Both the handset model a 6.78-inch full-HD+ (1,080x2,448 pixels) Samsung AMOLED display with 165Hz refresh rate, 720Hz touch sampling rate, 1ms response time, 23ms touch latency, HDR10+ support, and up to 1200 nits peak brightness. Both the gaming smartphones have 2.5D curved glass with Corning Gorilla Glass Victus protection, and the display has a Pixelworks i6 processor. The Pro model also features a little PMOLED display on the back panel with ROG Vision.

Under the hood, the Asus ROG Phone 6 and the ROG Phone 6 Pro have fitted with Qualcomm Snapdragon 8+ Gen 1 SoC, paired with Adreno 730 GPU. The vanilla model comes with up to 12GB of LPDDR5 RAM, and the latter gets up to 18GB of LPDDR5 RAM. Asus has enclosed GameCool 6 cooling system in both smartphones. The company says it is the most significant update to the cooling since the intro of the ROG Phone series. It has a redesigned, 360-degree CPU cooling system that is more efficient in heat excess. Asus asserts that the performance improves by 10 degrees Celsius.