Balmuda Technologies, known for modish and superior home appliances, has announced its first phone - Balmuda Phone at a press conference in Japan. The key feature of this Japanese smartphone is that they are designed with brevity and refinement hence, quite distinctive compared to the other latest smartphones in the world. Apart from that, the smartphone has a base variant of 6 GB RAM paired with 128 GB internal storage. Black and white are the two colour options of this device.

The Balmuda Phone features 4.9-inch IPS LCD full HD display with the bezel-less feature and a screen resolution of 1080 x 1920 pixels. The smartphone offers an aspect ratio of 18:9. Moreover, the handset has 450 PPI pixel density and 77.81% screen-to-body percentage. Besides this, the smartphone has water-resistant and dustproof features that protect it from water splashes and dust. The dimensions of the handset are 123 mm x 69 mm x 13.7 mm.

The Balmuda Phone opts for the Qualcomm Snapdragon 765 chipset that is assembled with Adreno 620 graphics. The device features Octa-core Kryo 475 CPU and is based on Android v11. It packs a Li-ion 2500 mAh battery with fast charging support via USB type C. On that note, the handset also supports wireless charging. The connectivity options are 5G, 4G, 3G, 2G, Wi-Fi 802.11, Mobile Hotspot, Bluetooth v5.2, A-GPS, and NFC. A rear-mounted circular fingerprint sensor is present in the smartphone. Other sensors include a Light sensor, Proximity sensor, and Accelerometer. 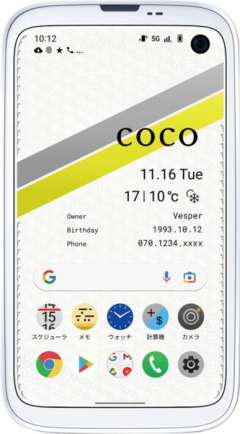 The Balmuda Phone is rated as waterproof by the manufacturer.

Yes, the Balmuda Phone can be charged wirelessly.